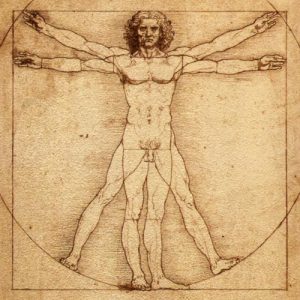 There are several divergences in my life where I made the decision to be an artist rather than any number of things. By artist I mean that I make different sorts of art, though a facility with words seems to be the blessing I use most. One choice where the whole world became a transistor and there were only two ways to go happened when I applied to the University of Michigan – Ann Arbor. I sat in the August heat – I applied almost the first day one could – and in that heat I sweated out the decision of whether to check the box for the Engineering program or a liberal liberal arts program called the Residential College. This was not as easy a decision for a creative type as it might sound. I sometimes wonder if I missed my calling by not pursuing what had always been the most innate in me: math. Until I started drinking and writing poetry about girls, and even a few women, math seemed to offer the the best language for thinking. There seemed to be truth in it and no such thing in art because one offered answers while the other only made them up. The purity of numbers, even those clouds of probability that hang uncertainly around nuclei, moved my heart. I miss correct solutions still. Yet I started living instead of just living for the future through my studies, I lost hope for the existence of truth. There was no such thing, I became sure. Numbers were an impure construction of imperfect minds, even as they worked magic all around me, for they only went so far. I became confused by math on purpose so that I could do something that appealed to my ego more than my soul. I wanted to become God with good reason. I wanted to create from nothing worlds where even math could be complete, where there was a certainty principle and the clouds of electron velocity and position focused into definite relief. If I couldn’t understand existence I would bring a new one to bear that I could understand and more importantly control. So what appealed to me about math eventually drew me to art. There is no way to understand the truth. It remains beyond what anyone can be prove and will always be so. Ask the logicians who can prove as much, but only for those who lack the imagination to invent a subjective world where there is such a thing as objective reality. So, drawn by the corruption of flesh and booze to seek greater power, I found it in words. That their joy came from the basest part of my nature, my selfishness, my egomania, my narcissism, my soul’s very shadow made me follow Lucifer’s example, usurp the Lord, and so paint a cave where fires could show me more than shadows on the wall. If none of this makes any sense, that’s exactly the point. The only reality is what I declare to be one through art. The rest is just dots of perspective that can’t always connect into proof. This makes sense to me and means the world to me and at once makes the truth for me and proves that there is none but me. Under a humid curtain, I chose the liberal liberal arts school that summer not because I wanted to make things that were good as much as because I wanted to believe what I once did about math – that I could make truth from characters on a page if nothing else.