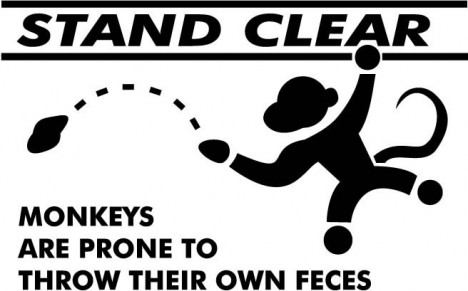 I didn’t take my first writer’s workshop until I was a fifth-year junior at University of Michigan. I did not take to them right away. I had never faced the sadomasochistic barrage that is a session of such a class. There seemed to be no correlation between talent and vileness. Being able to do something and being able to help someone else do likewise are disparate talents rarely joined in an individual. So it was that one of the better writers there was an insufferable cock who gave everyone a series of caustic jokes, and did so with a sense of self-righteousness that made it seem as though he were certain that these barbs were useful. Then there was George: bald, thirties, portly, and frequent to remind the class that he was a virgin. He found creative ways to fit this sad fact into his feedback, as if he were a TV character and the audience was just waiting for the catch phrase to drop. Cue laugh track. We were far from a nineteen-twenties Salon full of world weary ex-pats. This was closer to the cuckoo’s nest than that. Our class often felt more like group therapy than a writer’s circle.  When something was quality, the class had little to say. There was nothing like the hard thought and tender consideration that goes into coaxing a writer toward their best. Good and they just said as much. Bad and they made fun of you. Undergraduates are already saddled by the charge not to retread what another generation has done well before them. There was always something to say something was like and thus devalue and invalidate its creator. At times it seemed as though the exercise had no end at all. The sole grace I could think about it was that it kept me writing. The best of the group, a heavy-drinking Russian immigrant who later went to Grad School at Iowa, seemed not to care about anyone’s writing but his own, and didn’t seem affected by any feedback whatsoever. This was probably the best attitude to have. Nothing meaningful came out of the student responses short of interesting patterns in group psychology. At times it felt like a pack of puppies and at other times like monkeys throwing feces. Either way there was a whole lot of shit involved. All that really meant much to me involved the night I introduced the Russian to scotch. He had never had any and so I ordered a double for him and two for me. He had a motto – What would Ted Kennedy do? – and he lived by it. After that we decided to go back to his place and drink gin with pineapple juice. This because it was out of “Lolita” and also because the Russian had heard it really was Vladimir Nabokov’s favorite drink. Unfortunately all we could find at the liquor store was some orange-pineapple cocktail, but we made the best of it. The Russian showed me a few drafts of his, one about the battle of Stalingrad that I wish I could see again, and then we went to my house to hit on my roommates. It was a grand night, even when I vomited in one explosion off the veranda. I felt connected to another writer at last, and someone I respected seemed to respect me. That good-natured connection meant more than all the barbs that hit me and twisted in my skin even if they weren’t aimed my way. Shrapnel. As for me, I broke down in tears twice during my first go around, once during class and once afterward alone with the teacher. That changed. By my sixth year of undergrad I had taken on the Russian’s attitude and my writing got the better for it. It was not about the process. It was about the relationships. Everything is.