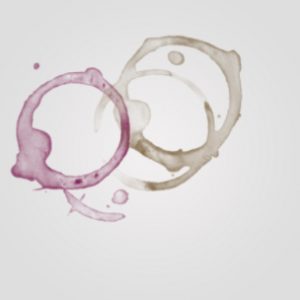 When I was seventeen I began to write in earnest, finishing a play and a screenplay. I would drink coffee and hard liquor in succession while writing. First I drank liquor until I got a bit woozy, and then I drank coffee until I got a bit jittery, and so went the spin cycle. In this way I managed to get those few brief projects done. Still, I could not sustain a novel, which is where I saw myself being the most content. I have always wanted to write novels and novels only because I am a megalomaniac. If I ran the universe we would all be much better off. Unfortunately, I haven’t gotten you all to consent to that – yet – and until you do crown me emperor of the universe I will continue to create universes within pages where I am the alpha and the omega, the prologue and epilogue. But I am no Winston Churchill. I cannot manage the nuances and vicissitudes of ruling a vast empire while continuously drunk, even one that only exists within. Of course I had begun to drink in the first place for two reasons other than the obvious pleasure: firstly, I thought it would widen my experiences and thus give me more to write about, and secondly I was writing a novel about High School kids and decided I should do their thing for research purposes. Hard as it was to pull me away from the lost nights playing Civilization and Sim City – I am a megalomaniac, remember – I made the sacrifice and started getting wasted with family friends. I had to go with family friends, because I didn’t have that many friends at the time who were not also friends with my brothers or my sister, and also because those few friends who were mine were teetotalers of the same nerdy persuasion I was. Yet I was welcomed into drunken circle after drunken circle once I went for hedonism with the most enlightened and noble intentions. I would document drunken teenagers as they really were. Surely this had never been done before. I literally stood in corners of basements describing the other teenage guests with furtive scratches of a Pilot V-Ball. Eventually I had a few journals full of notes I had taken, but even with my research completed, I found I could not stop drinking or going out. I had become part of a lifestyle that made me feel like my own story were getting more and more fascinating with every repetitive night of having the same deep conversations with the same pretty people. I had gone undercover and become a criminal. It would take years of worsening behavior for me to get a handle on booze, but even now there are times where it is hard to give up the lifestyle. I just turned thirty. I have completed three bad novels and one mediocre one. All of those I wrote while sober and either drank later in the day or not at all. The roller-coaster of coffee and liquor that had got me going at first I had gotten off of when I found there were far, far better subjects for art than drunken teenagers. Like myself, for example. If only I could rule the world, I would not have to peck out these lines, and the world would surely be a better place ruled by rather than written about by myself. I know only a few things for certain, but one of them is that I am a much better sober jester than a drunken fool. There is no truth in wine. There is only piss and vinegar.