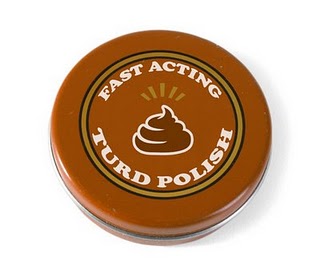 For a long time I thought writing was all about the inspiration of the first draft. There is something to this idea. A turd cannot be made a diamond through polish. We used to call them that in grad school. Polished Turds. PTs. I have crafted my share with the anus end of my mind and left them on the table just stinking and demanding something be done about them. Still, something that seems to be a turd can at times be just a dirty gem. This beyond any insecurity is why I share my writing with a select, safe group of people. My best work has often been what I thought wasn’t good at all. All of this points, of course, to rewriting. There we find the point of my scatological diatribe. For it is only in the polishing that what is beneath can be known, and I have be guilty of polishing far too rarely. I sometimes wonder which of my half-done stories and quarter-done novels is really a valuable piece of art, but I have tired of sending the old stuff anywhere. Having dropped that load I am building up a new one, and this means many, many first drafts. I have decided to focus on short fiction to hone my honing skills. I have always enjoyed the process of pure creation, making something from a salad bar spread of words, more than I have enjoyed making these creations their best. The problem has been that, at least in school, I could get away with slacking on the revision process. I am not sure if this is because I am good at writing off the cuff or because my peers in workshops were typically forgiving, but I am inclined to think the former. This inclination comes from the fact that my three-draft stories were usually better received than my ten or twenty draft ones. Of course, there is another possibility. I could just be bad at rewriting and actually be making everything worse. I am all but ready to resolve to revise less and really churn out the brown spheres, turd or otherwise, but then something Salman Rushdie told me gives me pause. Rushdie came in to a craft course a few weeks into my master’s program and told a story that stays around in my mind like an odor that grows to please one. Patchouli. That kind of thing. The patron saint of blasphemy said that he had written a two-hundred fifty thousand word manuscript that was to become “Midnight’s Children” and he knew something was wrong. Very wrong. It was written in third person omniscient, but in drudgery of revision it occurred to him that the book would only work as first person omniscient. So he rewrote it from first to last page and it became a landmark in post-colonial fiction and fiction in general. Not worthy of death, but still good. It was on this day, Salman told us, that he became a writer and not an aspiring one. Rushdie had been my 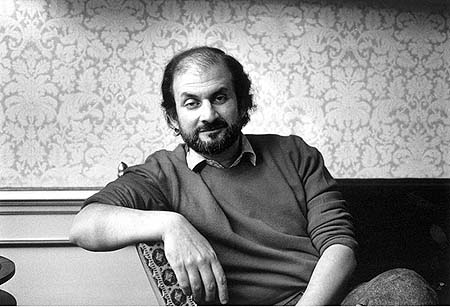 hero since the mid-nineties, when I ran through the lot of his novels as a teenager. To hear of such a feat from someone whose work meant so much to me meant even more than it would have otherwise. So when I stare down something that doesn’t seem to work, and it’s gotten mixed reviews from my writing group, and I can’t decide whether it’s good or bad, I remember what Rushdie told me. I aspire to be a writer and not an aspiring one. I keep typing.