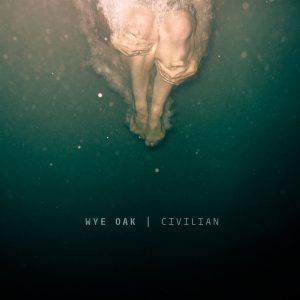 OK, so I’m a sucker for a pun, but I’m also a sucker for this Baltimore, Maryland duo.  Wye Oak consists of Andy Stack on drums and keyboards (he pulls this off live, as well) and Jenn Wasner as vocalist and guitarist. Their new album Civilian is a departure from the sudden blasts of raw energy to be found on The Knot (with the exception of “Holy Holy”), but their new, slicker sound showcases Wasner’s wondrously easy delivery of a complex set of emotions, often simultaneously; she is both weary and spirited, wary and earnest  Stack, too, seems more satisfied with settling into a groove and providing atmospherics, rather than producing what had previously, at times, seemed like an over-attention to formulaic dynamics. That said, the songs still possess an ability to shift gears and take the listener for a tumultuous ride. If you don’t know, the Wye Oak is Maryland’s state tree, one of the sturdiest of the notoriously sturdy flora.One has the feeling that with their second record from Merge this band will weather the ravages of time. 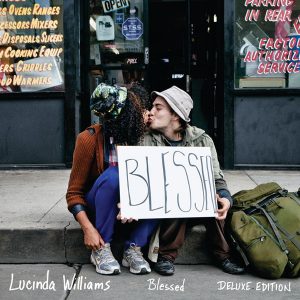 Which leads us to, perhaps, the sturdiest of weathered voices to grace our musical landscape, an oak whose roots could seemingly draw water from bedrock. Simply put, Lucinda Williams is a natural wonder.  Her new album, which comes with both a lo-fi “Kitchen Tapes” cd as well as a full production version, aptly reminds us how to approach this national treasure:  Blessed is a continuation of Williams’s unyielding output of five studio albums in the last ten years. With some anomalous exceptions, the formula is gut-wrenchingly simple and hard as all hell to pull off with grace:  let the forms of folk, country, and, most importantly, blues take fire in the belly of a hard-won emotional endurance and draw, with an aching beauty, this molten mix to the surface, allowing it to scour and burn as it finds its inimitable shape.  And Voila!  Another Lucinda Williams album–this one more clearly a triumph over the darkness that lays in wait inside of us between fires.  And, by the way, get the digi-pack this time around; the photographs alone are worth the price of admission.